A Grammy-nominated performer and sought-after educator, Eric C. Davis’s career is been defined by his versatility, virtuosity, and what the New York Times referred to as his ability to play with “admirable poetry.”

Eric’s international performance career includes Principal Horn of the Philharmonic Orchestra in Queretaro, Mexico, and La Kamerata Chamber Orchestra in Athens, Greece. In the Tri-state area, he has performed with The Orchestra of St. Lukes, The American Symphony Orchestra, and The New Jersey Symphony. Mr. Davis, currently, performs with the Harlem Chamber Players and the Gateway’s Music Festival. He has made countless appearances on stage and screen, including performances on The Tonight Show with Jimmy Fallon, and Good Morning America as well as playing in the series “Superman & Lois” and “Maniac” starring Jonah Hill.

Mr. Davis has also performed with David Byrne, The Roots, Sharon Jones and the Dap-Kings, Barry Manilow, Johnny Mathis, Bernadette Peters, Sutton Foster, and Natalie Merchant among many others.

Mr. Davis is currently on Broadway playing in the orchestra for the Broadway revival of “Funny Girl” starring Beanie Feldstein 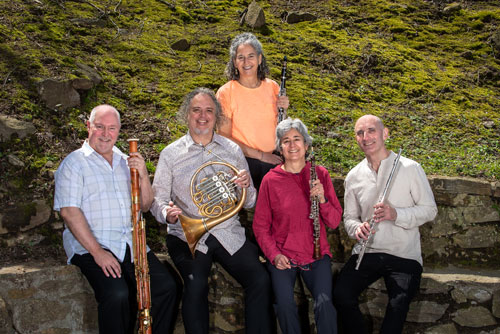